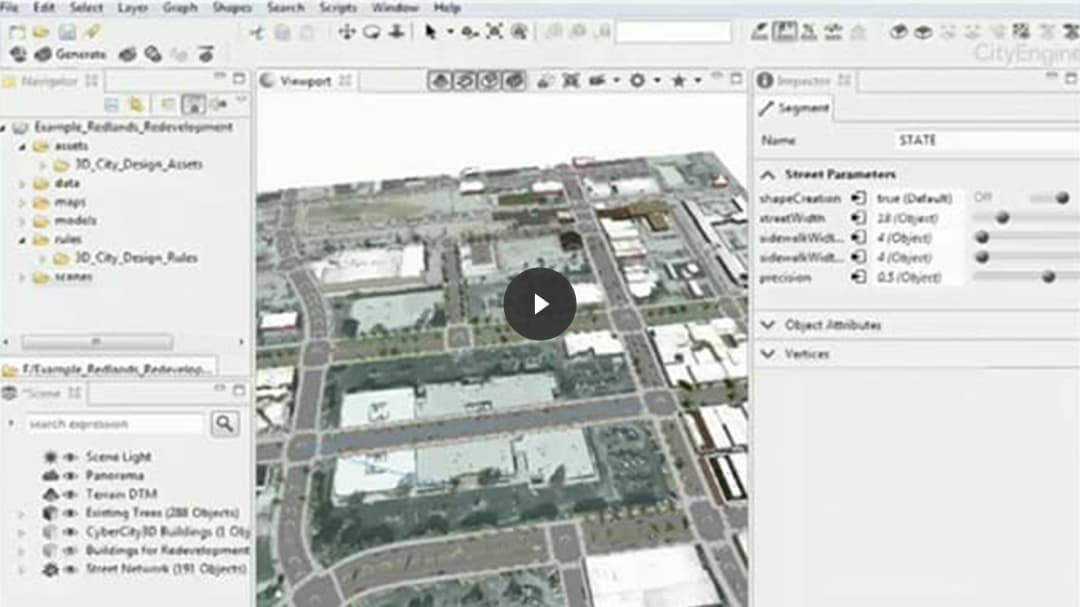 CityEngine is able to simulate the impact of design decisions in near real time, enabling decision makers to meet or exceed project goals, such as:

The Redlands Redevelopment example provides a set of rules that require little to no coding ability for use within other CityEngine projects. This example also demonstrates how smart, real-time reporting can support the creation of multiple redevelopment scenarios. The example focuses on the site of an abandoned mall and proposes a scenario to redevelop the center of Redlands. Using CyberCity3D buildings and existing GIS data, the existing conditions of the downtown were quickly recreated inside CityEngine. A number of redevelopment scenarios were created by altering the building dimensions and zoned functions within the Rule Inspector. 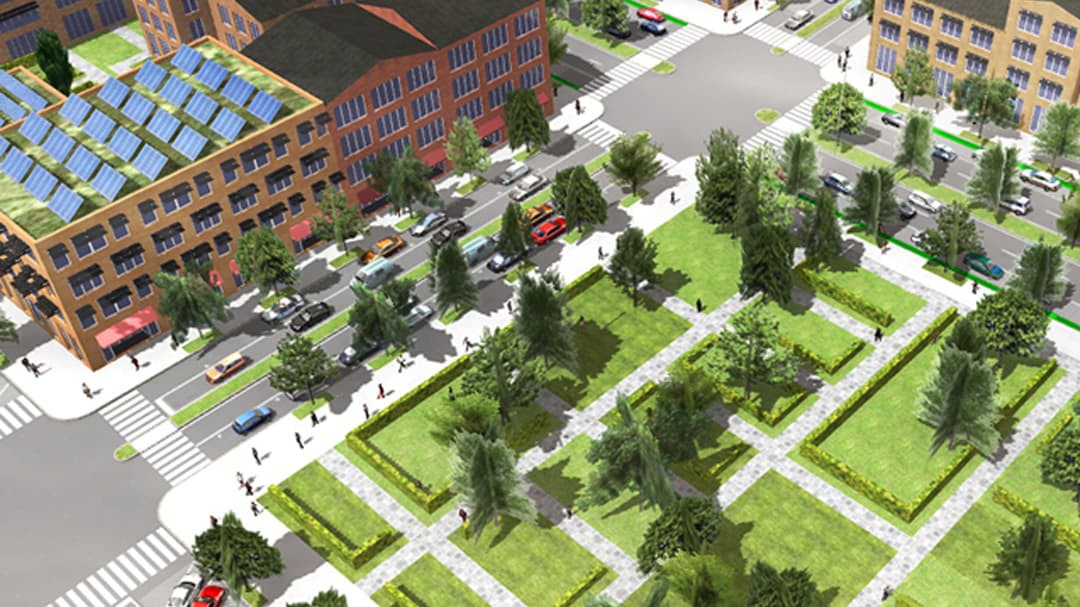 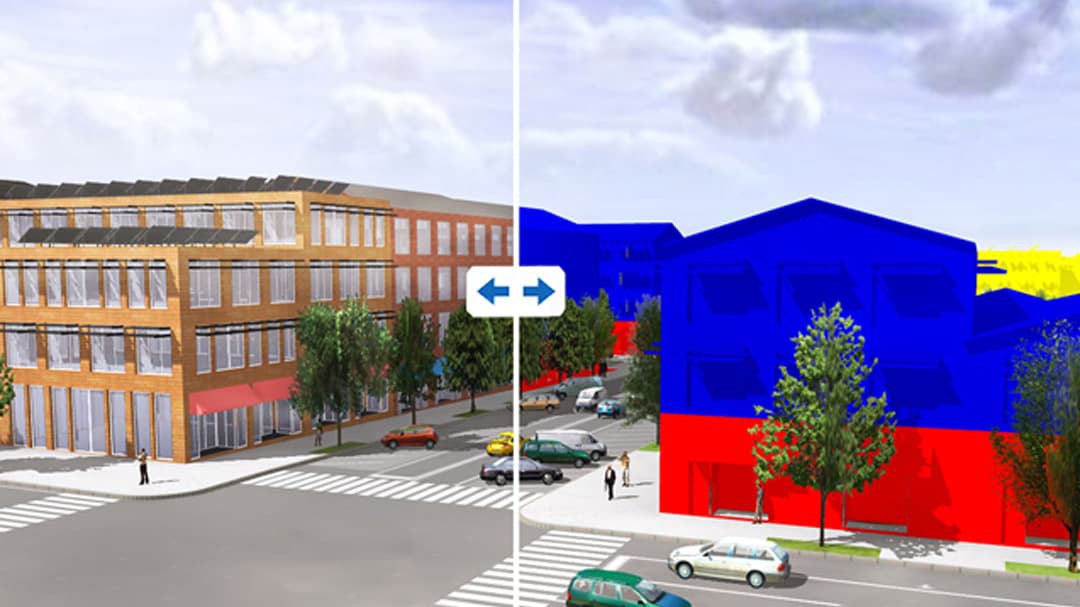 These scenarios were then compared by taking the combined reports automatically generated during the modeling process into Excel for further analysis. The final design was chosen after comparing efficiency metrics to overall building cost and finally to the total floor area of entire site. The final design scenario was then exported to a 3D Web Scene and is now being shared with the general public. The new commenting functionality of CityEngine Web Scenes provides an effective method for gathering additional feedback from local residents. View the web scene (web scenes utilize WebGL and are best viewed in Firefox or Chrome)