Procedural Pompeii is a test case for the CityEngine modeling software and has been created as environment for the European Project Cyberwalk, where a visitor can walk around in the reconstructed ancient Pompeii in any direction on a mechanical treadmill. You can read more about Cyberwalk in the press: BBC and Swiss Television. 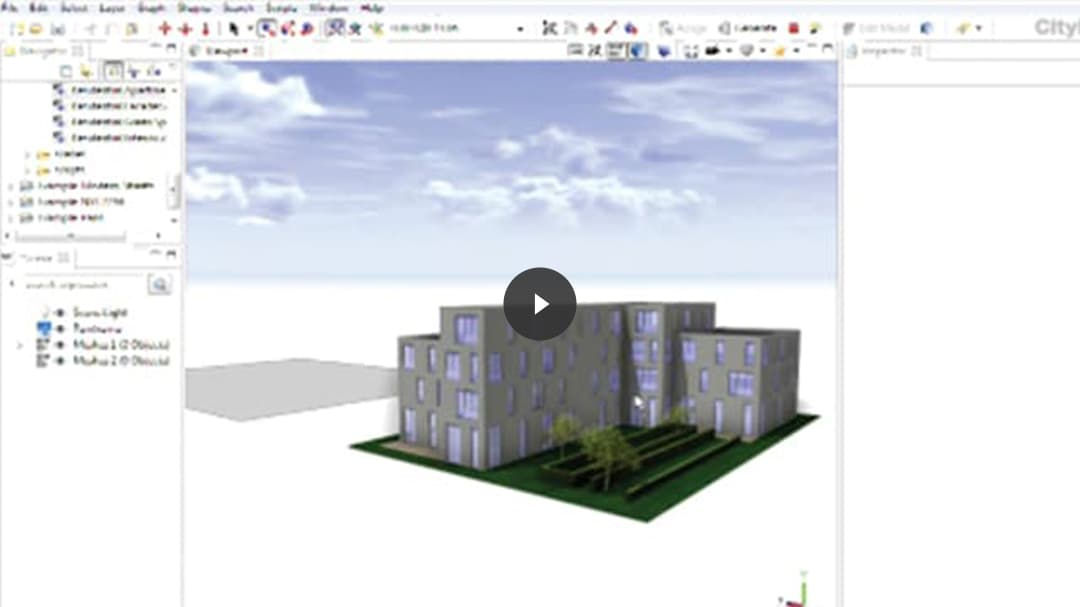 The creation of 3D models of ancient sites has often focused on only their major monuments. This is logical, given the high costs of traditional 3D modeling. Thus, to efficiently reconstruct entire sites like cities, a large number of domestic buildings and workshops need to be generated automatically. Their appearance should follow the aesthetic and statutory architectural rules of the corresponding epoch. With various GIS data provided as input, such as population density, land usage, street network and building footprints, CityEngine assigns type and style of the buildings to its footprints and calls the corresponding shape grammar rules to efficiently create detailed large-scale models. The shape grammar rules which are responsible for the creation of the actual building geometries are manually derived from photos and plans of remaining buildings, archaeological excavation data, and (historical) paintings. The Pompeii model has been completely generated with CityEngine.

We provide four levels of detail (LoD) for each building. The LoDs are described as following: